BLACK CARBON 101: WHY IS THIS AIR POLLUTANT’S EFFECT ON CLIMATE CHANGE NOT ADDRESSED MORE OFTEN?

Welcome to the Met One Instruments Blog!  Today’s discussion — what is “Black Carbon,” how does this substance pollute the air, and why is this an important subject to understand if we are to reach our climate action goals set by the International Panel on Climate Change (IPCC) this past year?

When you hear the word “soot,” an image probably immediately comes to mind of an early 20th-century factory exhausting a dark substance into the air or coal miners caked in thick black dust. “Soot” is a term for a type of particle pollution called PM2.5 attributed to fine particles that are smaller than dust and mold particles. Soot is composed of various pollutants, such as chemicals, acids, metals, or soils, suspended in the air after emission. Soot can come in solid, liquid, or gaseous aerosol states capable of penetrating your lungs when inhaled and, subsequently, your bloodstream.

“Soot“ has a more technical term known as “black carbon.” Now that we understand what Soot or Black Carbon is, how did this substance come to exist? Why should you be concerned, and more importantly — why is this dangerous air pollutant not discussed more often in climate action circles?

Black carbon is in lockstep, with methane in competition as the second-largest contributor to global warming after CO2 emissions. The Center for Biological Diversity targets black carbon and methane as the two contributors to climate change whose immediate reduction would significantly help curb global warming before the Arctic ice-caps melt.

Our team at Met One Instruments, Inc. creates air pollution sensors and monitors used worldwide in various settings to help scientists, engineers, and everyday people understand the complexities of the air they breathe. Black Carbon is a significant source of air pollution contributing to climate change that needs more attention and understanding. Let’s get started.

What is Black Carbon?

Black carbon is created when fossil fuels, wood, or other fuel types are incompletely combusted. When fully combusted, all carbon would turn into carbon dioxide (also known as CO2 — the leading cause of climate change in our atmosphere). The mixture of particulate matter resulting from volatile organic compounds and various fuels or wood not reaching full combustion results in Black carbon.

Fortunately, Black carbon is a short-lived climate pollutant with a lifetime of only days to weeks after release in the atmosphere. However, do not let its short duration make it appear any less dangerous than CO2. Black carbon can significantly affect the climate, agriculture, and human health.

Black carbon also hastens the melting of the cryosphere (snow and ice). There is concern in the scientific community with this being a problem in the Himalayas and the Arctic regions. Why? Because black carbon is effective at absorbing light and heating its surroundings. When black carbon is released and subsequently suspended in the atmosphere, it contributes to global warming by converting incoming solar radiation into heat. To put this in perspective, black carbon has a warming impact on the climate 460 – 1,500 times stronger than CO2.

Black carbon can negatively affect the health of ecosystems by depositing on plants, thus increasing their temperature, dimming the sunlight that reaches forests, and causing disruption by modifying rain patterns. Any change in rain patterns can have devastating and far-reaching impacts on ecosystems across the globe.

Black carbon and its co-pollutants are elements of fine particulate matter known as PM2.5, the leading environmental cause for chronic lung diseases such as bronchitis, aggravated asthma, acute respiratory infections (such as pneumonia), and premature death. Did you know that an estimated 7 million premature deaths worldwide are attributed to household and ambient (outdoor) PM2.5 air pollution each year?

The History of Black Carbon

The industrial revolution brought unforeseen consequences that were ignored in developing nations. The tragic effects of coal pollution on human health finally culminated in the early 1950s United Kingdom London, leading to the creation of the UK Clean Air Act of 1956. Leading up to the first Clean Air Act, the “Great Fog” in London, an air pollution event that reportedly killed 12,000 citizens in a matter of months, was undoubtedly the catalyst to create legislation to protect the public from industrial and domestic air pollution. 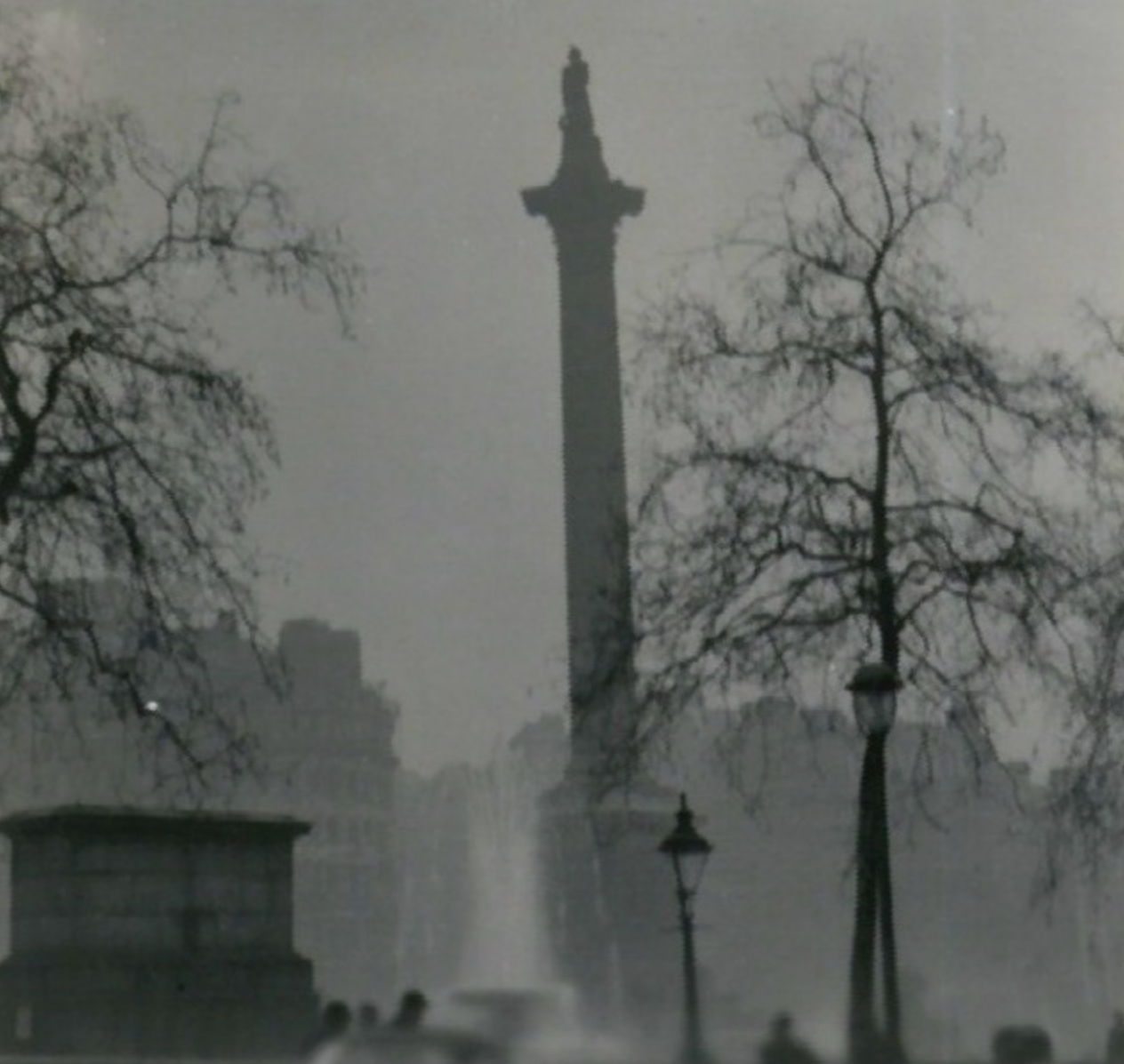 The UK Clean Air Act of 1956 led to remarkable reductions of soot concentrations in the United Kingdom. The United States followed suit, creating similar policies in US cities such as Pittsburgh, Pennsylvania, and St. Louis, Missouri. The reductions in CO2 and Black Carbon were primarily accomplished by decreasing the use of coal in industrial and domestic heating.

Modern cities switched to “smokeless” coals, other forms of fuel, and natural gas. The decline of air pollution in the industrial cities of Europe and the United States resulted in a shift in research intensity away from black carbon as a significant aerosol constituent.

“In the 1970s, however, a series of studies substantially changed this picture and demonstrated that black carbon, as well as the organic soot components, continued to be a large component in urban aerosols across the United States and Europe which led to improved controls of these emissions. In the less-developed regions of the world where there were limited, or no controls on soot emissions, the air quality continued to degrade as the population increased. It was not generally realized until many years later that from the perspective of global effects the emissions from these regions were extremely important.” — Black Carbon Wikipedia

James Hansen is a pivotal figure on the subject of black carbon. An American professor, he is best known for his research in climatology, whose Congressional testimony in 1988 raised considerable public awareness about climate change. Hansen revered a predecessor named Tihomir Novakov, Ph.D., a Serbian-born American physicist.

Novakov was the first scientist to coin the term “black carbon” — Hansen went so far as to name him the “Godfather of black carbon.” Novakov is known for his black carbon, air quality, and climate change research. He later founded an Aerosol Research Group, which traveled the world conducting groundbreaking initial research on climate change.

These two scientists were at the forefront of discovering climate change and its correlation with air pollution. While Black carbon emissions have been decreasing over the past several decades in most developed countries because of air quality regulations, emissions are increasing rapidly in many developing countries where air quality is not regulated. As a result, Asia, Africa, and Latin America contribute approximately 88% of global black carbon emissions.

Did you know that if the international maritime shipping industry were a country, they would be the sixth-largest greenhouse gas (GHG) emitter? The sea shipping industry produces more GHG than the entire country of Germany. Most concerning is the acceleration of climate change in the Arctic due to the increasing number of ships using those waters as a faster route between the Pacific and Atlantic oceans.

Why is it a problem for these ships to use this route? Their short cuts through Arctic regions are a problem for levels of air pollution we face, climate change, and the Arctic ice caps melting because of black carbon emitted by these massive ships powered by fossil fuels. After emitting black carbon on routes through Arctic waters, it drifts in the air, landing on polar ice or snow, causing the snow to darken, warm, and ultimately melt.

Fortunately, the United Nations International Maritime Organization (IMO) has agreed to a climate action strategy that plans to cut GHG emissions by at least 50% with a deadline of 2050. However, the IMOs strategy ignores black carbon — the air pollutant second only to CO2. Why?

“If black carbon is such a big problem, why isn’t it included in IMO’s GHG strategy? There were two arguments for omitting it. First, during the negotiations, several oil-producing countries argued that black carbon is not a “gas,” and therefore it should not be included in a GHG strategy. Presumably, the point of a GHG strategy is to reduce climate pollution in all forms, whether or not it’s a gas or a particle. Black carbon is the second largest contributor to shipping’s climate impacts, representing 7–21% of CO2-equivalent emissions from the global shipping sector on a 100-year and 20-year timeframe, respectively. The second argument for excluding black carbon from the climate strategy was that IMO is already (slowly) working to decide if it should regulate black carbon emissions from ships.” — Climate & Clean Air Coalition

There is a way to remove 90% of black carbon from the exhaust of ships transporting across our oceans globally. The immediate solution is to switch ships transporting internationally from residual fuels to distillate fuels. That alone reduces black carbon by 33%. If distillate fuels are used, we can utilize diesel particulate filters — removing at least 90% of black carbon from the exhaust. In December of 2021, the International Maritime Organization announced that a black carbon resolution was formally adopted, urging member States and ship operators to voluntarily use distillate or other cleaner alternative fuels.

How Can We Mitigate Black Carbon Worldwide?

Household cooking and heating account for 51% of global black carbon emissions. Fortunately, black carbon’s short atmospheric lifetime, combined with its powerful warming capability, means that targeted methods to reduce emissions can deliver climate and health benefits within a relatively short duration of time. Reducing the emissions of short-lived climate pollutants (SLCPs) such as black carbon (BC) can benefit us by decreasing the rate of global warming over the next two to four decades.

Scientific awareness, understanding of BC emissions and atmospheric concentrations measurements, impacts, or mitigation choices continue to advance rapidly. Emissions from fuel cook-stoves, the combustion of diesel or other fuels, natural gas, burning of crops and forests can be reduced by appropriate interventions.

Met One Instruments has recently released a groundbreaking instrument that offers an immediate solution to monitoring BC. More action can be taken with more data and awareness surrounding the actual levels of BC in the atmosphere on a granular scale. Regulations can be implemented with accurate data. With all other BC monitoring devices costing in the $10,000 – $100,000 range, BC monitoring has been, until now, a measurement of the niche, well-funded scientific community. Met One’s ALL-NEW C-12 Portable Carbon Monitor offers data precision at an affordable price. The C-12 provides greater accessibility to measuring carbon worldwide. Are you interested in being part of the movement?

💡 Learn more about this revolutionary instrument and how it can change the face of carbon monitoring worldwide.

Thank you for joining our team at Met One Instruments Inc. today in this discussion about BC as it relates to air pollution, climate change, and the need for mitigating this particulate. The good news is that more people than ever are aware of black carbon and its impacts. Now, it’s up to all of us to decide what actions we can take to help.

🔗 Visit the Center for Biological Diversity